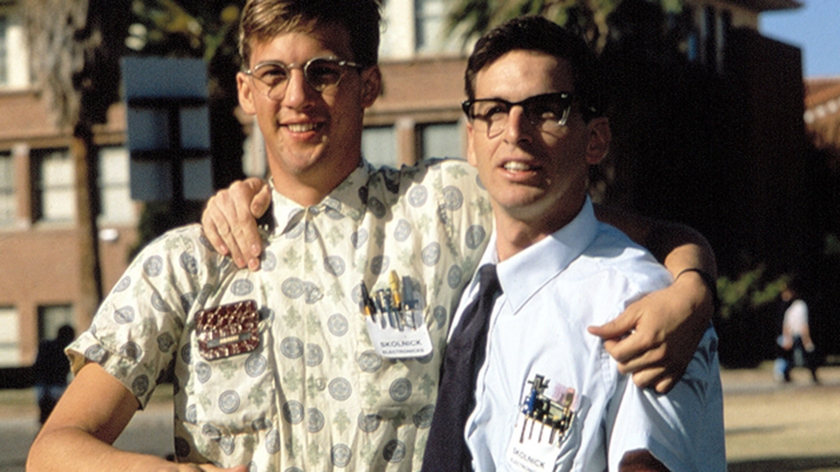 I was telling my children that growing up the dorkiest things I knew about was being a computer programmer and a ham radio person. Because of Google, Tinder, and Netflix, software is all over the place and being a programmer got to be at least normal, if not respected. Ham radio has once again taken the nerd crown and hoisted it high upon their dorky heads.

When I first saw the Internet, it was in 6th grade. My friend’s dad was a full on nerd who had a computer in the garage with a dial up modem and prodigy email service. This was the late 80s and although they had an email address they didn’t know anyone to email. The following years I slowly got into the technology space. AIM, scoring some dates from a chatroom, and seeing a topless picture of Kathy Ireland: typical 90s Internet activity for a young man.

I remember the awe of learning a whole new way of communicating with people. It was experimental and quite literally a digital frontier environment. There were no laws, there was no enforcement. It was a whole society trying to figure out a new technology and large corporate interest hadn’t yet grabbed the helm.

I tore my rotator cuff in early January and was somewhat housebound. I decided that I would use my time to further isolate myself from society and take a step into true nerd-dom: getting my amateur radio general license. I already had my technician license, which is pretty cool because I can talk to other radio dorks up and down the Owens Valley. Mammoth, Bishop, Bridgeport, Independence, and Lone Pine: it’s actually been pretty useful.

But with my general license I would be able to use an “HF rig”. The kind of radio that can bounce a signal off the ionosphere, allowing for communication that is truly global. All with not too much money, space, or effort.

And let’s define “talk” for a moment because there’s a few ways to do that. Similar to non-nerd world, you can literally talk with your voice into a microphone and other people hear it through a speaker. But also similar to the technology peasant world you can type something into a screen and someone else will see that message either now or later on. These are called “digital modes” and they function somewhat like email or a text message.

I passed my test on Saturday and since then I’ve managed to talk to people as close as a few hundred miles (Oregon) all the way to a guy in Fukushima, Japan a bit more than five thousand miles away.

So far, here’s the things I like about it.

First off, like the early days of the Internet I feel like an explorer learning a new space. Not under the guiding hand of mega-corps like Google, Amazon, and Facebook who are shaping the entirety of your experience. In radio land, it’s all you, baby. It makes it that the people you talk to are generally of that mindset as well. Think of the most self obsessed internet personality or “influencer” you know of: they are not and will never be using amateur radio. So sure, it’s dork heavy, but it’s absolutely free of trolls, popularity, and drama.

Second, it’s me who’s doing it. Sure, you talk to some dude in Japan in 30 seconds by hopping onto /r/JapanLife. And honestly if I had questions about Japan I’d probably go there too.

But there’s something fundamentally disagreeable to me about the idea that corporations now own our communications. That socializing, something so core to the human existence, is shaped and guided by corporations that are not your friends. The interest of Facebook is making money, period. I like knowing that I can (laboriously, sure) make my own list of friends and communicate with them without the guiding hand of Facebook algorithms. There are no ads on the ham radio airwaves. There is no divisive targeted memes meant to fracture our country and make us hate our neighbor. Ham radio operators are not getting dragged in front of Congress to explain data breaches and lies.

So I get the irony of typing on the Internet about how the Internet sucks and ham radio is neat. I also get that I’m in the newlywed phase of a new hobby and like most things enthusiasm ebbs as knowledge and experience flows. But I’m also not a spring chicken anymore so how I feel about things these days is pretty consistent with how I’m going to feel tomorrow.

If you’re interested, I’d encourage you to check out the land of amateur radio. It doesn’t have YouTube and (aghast!) you need to take a test and (heresy!) study. But you and I both know that you waste plenty of your time on garbage so don’t front like a few hours learning something about how our world works (radio waves) is a burden you simply cannot bear.

This site uses Akismet to reduce spam. Learn how your comment data is processed.

I use MeWe and Vero, mainly because Facebook is a dumpster fire.
Follow Mammoth Guy on WordPress.com