Skip to content
May 4, 2017 powshredder Uncategorized Comments Off on the 2017 spring melt

It’s our first year living in Mammoth, and we’ve had one hell of a winter. Over fifty feet of snow fell, and I literally shoveled that entire amount from my driveway and probably a third from my roof (the rest melted / or shed by itself). I still don’t want to write about the 16/17 winter because I’m always looking over my shoulder that it’s not done. In fact there’s ~6″ of snow forecast for this weekend, in May. Just a few days ago I got high centered in snow, again. Rumors persist that the mountain will stay open for ski and snowboard operations all year, and Tioga Pass may not open at all. 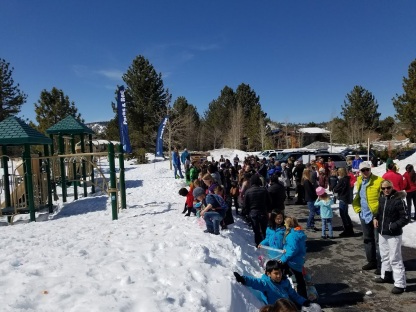 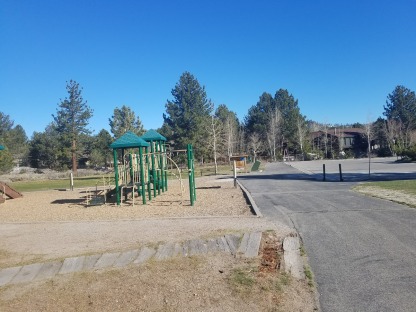 Above are shots from roughly the same vantage point of Mammoth Creek Park. On the left is late April, on the right is 1.5 weeks later in early May. So while winter may not be done yet the melt is certainly happening. Barring rain or some freakish event, when snow falls December-February it’s basically not going anywhere unless you physically remove it. By about the third week in April though the sun is high enough in the sky that it starts cooking the snow off fast enough that you can safely put the shovels away. Well, maybe leave one out for the steps.

The animals are also going bonkers. In winter, you have two main issues: snow and ice. The bugs, bears, plants, and all other forms of life vanish and you get winter all up in your grill.

Just last night I was in my truck when the neighborhood asshole big fat black bear rolled down the street like a stoner text messaging, not paying a damn bit of attention to what was ahead of him. In this case: me. About two car lengths away I spotted him, he spotted me, and we both darted in opposite directions. I came back armed with bear spray and bravado but the 8,000 calorie a day consumer had vanished.

There’s a bird trying to peck a hole into my house this morning. I put some more siding over there, and now he/she has moved to another target. I throw wood chips at it.

Funny enough though there hasn’t been much mud: just look at how bone-dry that park picture is above with the amount of snow that melted into it so quickly. The soil seems to accept water really well and flat meadows are the exception not the rule up here in the Eastern Sierras. So the water is either flowing like crazy somewhere or filling something up. You’re either flooded or dry, as most likely you’re on an incline of some sort.

I would definitely caution any would-be homeowners to look seriously at localized flooding. If you can’t clearly see how the water would drain, it probably won’t. And I mean a lot of water. Like thousands of gallons a day sort of water.

Another would-be homeowner tip: ensure the front of your house faces south. Seriously. The sun is god’s show shovel and it never gets tendinitis or a sore back.

And with that, all eyes are on for summer. Sure, there are snowflakes that will still fall this year but instead of looking at a massive wall of snow outside my window, all that’s between me and nature is the window screen, with the sounds and smells of the Eastern Sierra coming through.

It really is a privilege to live here and even with the bears, ice, woodpeckers, voluminous amounts of snow, and soon-to-be forest fires of the summer, I’m happy to live here.