Skip to content
July 4, 2016 powshredder Uncategorized Comments Off on why we’re moving to mammoth lakes

The first time I went to Mammoth Lakes I was 16 years old, and raced in the NORBA cup series. Early 1990’s : back when a war in Iraq seemed quaint and straight forward. Around 2005 I picked up a snowboard in Big Bear, California and proceeded to fall on my ass for a few days. I was quite a terrible snowboarder, in large part because (a) I thought it would be easy, (b) I had zero board sport experience and (c) I didn’t know I was goofy foot. 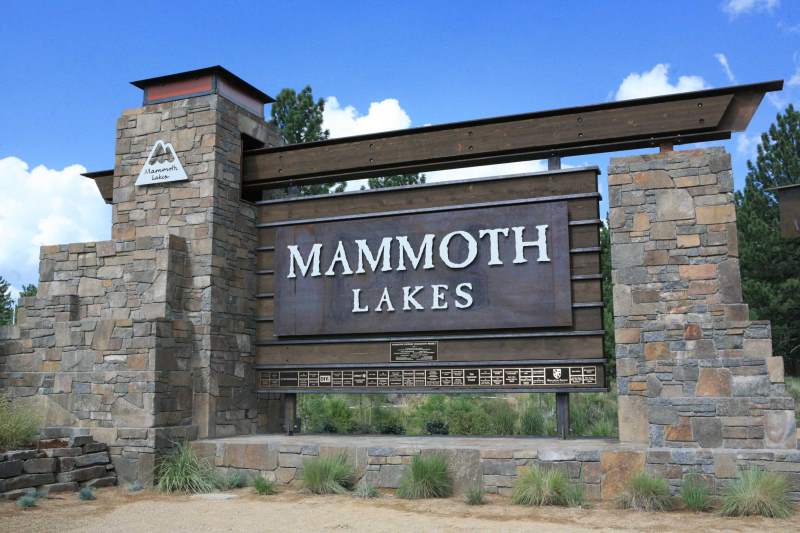 In 2009, a good friend of mine organized a trip up to Mammoth for a few of us. I finally linked my turns. It was snowing pretty much every day we were there, fresh powder was all around, I was on Broadway run, and compared to congested Big Bear it felt like I had the whole mountain to myself.

I was hooked, although I didn’t know it yet.

Around 2012, my family and I were pushing hard to get out of the country, and soon left for sailing adventures in the tropics. While down there in Southern Mexico sweating our faces off I thought a lot about the Eastern Sierras.

When you watch your children grow up outside of the United States, you see the opportunities they get and the ones they lose. My kids saw what a developing nation is all about, but they never saw a single snowflake. They saw marine life that frankly puts anything in the lower 48 to shame, but the shocking geological diversity of the United States was lost to them.

I would think, “One day, when we get back to the US, I’m going to show these kids the things they’re missing.”

And until recently that’s what the Eastern Sierras were to me: a place to go backpacking, snowboarding, and mountain biking. It was a beautiful place that with a six-hour-drive I could get to and enjoy for a few days.

The “towns” I experienced on or near the 395 were places that I’d stop for gas, maybe crash for a night, and otherwise only noticed because speed limit signs forced me to slow down through them.

(A Lot) More Than Just a Ski Resort

In June of 2016 we decided to buy a small condo up in Mammoth Lakes. The idea was simple: rent it out on AirBnB when we’re not using it, let friends stay in it for free, and we have a place whenever we want to go up there. Hopefully we’d break even or at least not lose very much every month.

So in escrow for a small condo we packed up my Toyota 4×4 and headed north on the 395 to take some measurements. I had an agenda that consisted of what any sane person would do in Mammoth: I took the kids snowboarding (in June!), we would go hiking around the lakes, we would go up in the gondola, etc. All the things that I’ve loved to do in Mammoth.

We got a bit of snowboarding in during the mornings, but then we ended up walking around town. We went to the independent (non Starbucks) coffee shop. We hit up the escrow office to say hello. We stopped into the thrift store. We buzzed by the schools. We went to the library. We went to the skatepark. We went to the Mexican tienda and talked to the owner in Spanish. Well, Charlotte talked in fluent Spanish while I used my butchered language skills. 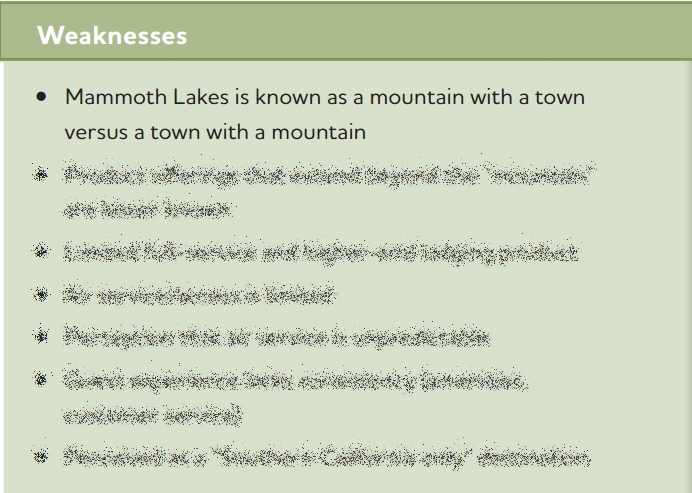 You can read the entire 2014 Mammoth Marketing Plan, but focusing on the quote above, most people view Mammoth as a mountain with a town. Mammoth is the mountain, the trail access, and the lakes. The town is there for a place to crash, grab some food, and get your board/skis waxed.

Heck, how many people even know the name of the town (hint: Mammoth Lakes)?

But after spending roughly 20 days up there in 2016, after walking around the very small downtown with the family, and after reading every shred of information I could (good, bad, and both), the town itself started to take shape to me. 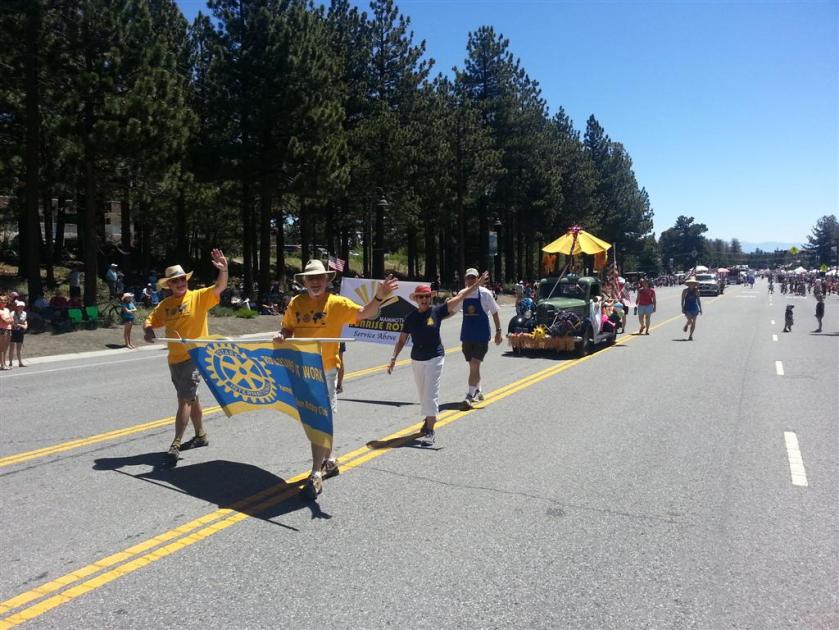 For the last week of Spring Break in 2016, my oldest daughter and I spent the time in Mammoth snowboarding. A few days later back in San Diego, I looked out my office window and saw police across the street. Apparently a woman was murdered, stuffed in a suitcase, and left by a dumpster. Slowly but surely I started to look at the metro area we were raising our family in with a bit of suspicion. Maybe it didn’t have to be this way.

It’s a tall order to be sure, but when you start checking off boxes for Mammoth Lakes, you start seeing just how much the town has to offer.

But What About Making Money?

Many people can work remote: it’s a simple fact in our economy and it’s getting to be more and more the case. This isn’t the kind of thing you generally fall into, rather it’s the kind of thing you need to craft for yourself. If you’re a plumber, you’re not going to get that pipe unstuck with a conference call. But if you’re in technology, business, or sales, there’s a decent chance that you currently or can do a lot of your work remotely. For me, that looks something like this.

Alternatively, there are jobs in Mammoth Lakes itself. In fact, although there are a lot of lower wage service jobs (lift operator, food service, etc), there are actually some rather heavy duty senior executive jobs as well, and some stuff in the middle. Let’s be clear: it’s a town of 8,000 people so the pickings are slim but likewise to find a candidate with certain skills who actually lives in Mammoth Lakes is no easy deal either.

So We Bought A House

So we skipped out on the condo and put an offer in on a house in Old Mammoth (formerly a mining camp, now part of Mammoth Lakes). It’s worth mentioning that to buy a house in Mammoth required us to drive back and forth about a half dozen times. Eventually we mastered the art of driving to Mammoth and back in one day: roughly 14 hours of driving and 800 miles.

With the condo and the idea of vacation property, we wanted to be as close as possible to Canyon, Eagle, Main Lodge, or the Village. Everything was about proximity to the slopes.

But with a house, the goals shifted. Mammoth might be a town of 8,000 but it gets roughly three million tourists a year. On a busy winter weekend the town swells to nearly 50,000. With a single large grocery store in town and a single highway in and out residents and visitors must share resources.

Instead of being knee-deep in visitors shredding during the day and drinking IPA’s in the jacuzzis at night (which really is quite enjoyable), we opted for the quiet part of town. A place where AirBnBs aren’t allowed, lots are big, and you feel like you’re living in a forest because you are.